The Seed Capital scheme, which RVO implements on behalf of the Ministry of Economic Affairs and Climate (EZK), has existed for 15 years. Thanks to the scheme, the Dutch venture capital market has expanded enormously since 2005 and access to venture capital for start-ups has improved significantly. 87 Seed Capital funds have already been set up to provide 472 start-ups with venture capital. In total, more than € 414 million was invested, of which around € 203 million came from the government.

Thanks to these investments, good results have been achieved over the past 15 years. To commemorate its 15th anniversary, the Netherlands Enterprise Agency (RVO) publishes the anniversary book “Innovative Netherlands in bloom – 15 years of Seed Capital 2005 – 2020”.

It contains interviews with a number of fund managers, in which some examples of success of participations pass in review. The Ministry of Economic Affairs and Climate (EZK), the Ministry of Health, Welfare and Sport (VWS) and some advisory committee members also give their views on the scheme. Finally, the results of the past 15 years are clearly presented at the back. You can download the publication here (Dutch PDF).

The Seed Capital scheme has been further developed in recent years. For example, since the end of 2016 it has been possible to open sector-specific tenders that tie in with important economic and social themes such as sustainability, agri-horti-food and e-health. The separate e-health tender from the Ministry of Health, Welfare and Sport (VWS) is a good example of this.

In addition, a separate section was opened in 2017 especially for couples of business angels: the Seed Business Angel scheme. Through this scheme, business angels deliver ‘smart money’ to start-ups in the very early stages of life by supporting them with their knowledge, network and experience.

The Dutch health market benefits from e-health innovations due to the increasing demand for care. In order to attract more risk capital in this sector, the Ministry of Health, Welfare and Sport sought cooperation with EZK. In 2017, this resulted in the opening of a separate e-health tender within the Seed Capital scheme. NextGen Ventures is one of the Seed Capital funds that was established thanks to this tender and that helps e-health start-ups in their development. According to fund manager Matthijs Blokhuis, the Seed Capital scheme makes NextGen Ventures easier and attracts more investors: “The fact that we meet the requirements for Seed Capital inspires confidence among investors. That makes it more attractive for me as a fund manager to invest early in start-ups in a risky market. ”

The Seed Capital-scheme is aimd at innovative techno- and creative startups  who need access to risk capital investment. Since January 1, 2021 a new rond of the Seed Capital-regeling is open and investors can apply for funding to establish a new Seed Capital fund.

Are you an entrepreneur? You can apply direct to the Seed Capital investment funds. Check the complete alfabetical overview of funds (in Dutch) or the overview per sector. 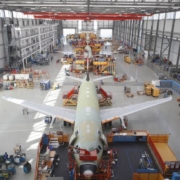 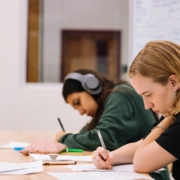 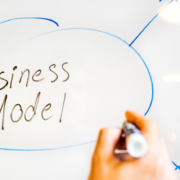