France and the Netherlands will cooperate intensively in the field of artificial intelligence (AI). The national AI coalitions of both countries will jointly investigate how SMEs can make optimal use of AI; both countries will use agricultural data to increase the possibilities of AI for farmers; entrepreneurs and researchers who want to apply for EU subsidies for new inventions together can count on more support from both governments.

These and other agreements were made during the first digital innovation mission to France, from 25 to 27 January 2021. Under the leadership of State Secretary Mona Keijzer (Economic Affairs and Climate) and her French colleague Cédric O, 160 Dutch and 120 French entrepreneurs and researchers spoke. about how they can reinforce each other.

State Secretary Mona Keijzer (EZK): “In recent years, France and the Netherlands have sought more convergence in the field of digitization and AI. We think the same about this in various areas: it has enormous potential for our citizens and companies, but it must be safe, fair and people-oriented. We are well matched when it comes to AI, and together we can take on the world. We confirmed this on our innovation mission. The collaboration with this economic superpower in Europe will yield a lot to our entrepreneurs and researchers: not only knowledge, but also potential customers. In the area of ​​mobility, for example, we can contribute with our smart digital traffic solutions to the smooth running of the Olympic Games that will take place in Paris in 2024.”

Both the Netherlands and France have a national organization within which governments, entrepreneurs and researchers want to get the most out of AI. The Netherlands has the Dutch AI Coalition; France the Hub France IA. These coalitions will work together to ensure that as many entrepreneurs and researchers as possible can reap the benefits of AI. They focus, among other things, on SMEs, startups and scale-ups. They will also investigate whether AI products should be certified that guarantees their high standard.

Stronger together in Europe

The European Union provides various grants to researchers and entrepreneurs for the development of new (digital) products and services. This is done through the Horizon and Digital Europe programs, among other things. Of all European countries, French parties get the most funding from these programs; The Netherlands is in fifth place.

The Franco-Dutch innovation mission has resulted in France and the Netherlands collaborating more closely when applying for this European subsidy for AI projects. This gives our research institutions and entrepreneurs a greater chance of receiving the European funds. The Ministry of Economic Affairs and Climate Policy has reserved an additional 99 million euros in total to help finance Dutch proposals.

The Netherlands and France are both major producers of food: the second and third exporter of agricultural products in the world. In order to maintain this position, it is important to make agriculture and horticulture ever more efficient and at the same time to make it more sustainable, so that the largest possible, nutritious yield is achieved with as few raw materials as possible. AI and data play an increasingly important role in that process. During the innovation mission, the Netherlands and France agreed to collaborate in the field of agricultural data from agricultural data so that this can benefit farmers and horticulturists. For example, they can determine more precisely when to harvest and how much nutrients are needed.

Both countries will also investigate what AI can mean for healthcare. For example, through a Dutch invention – the Personal Health Train – AI can make it possible for individuals to make their health data available to scientists, while at the same time having complete control over what happens with their data. A separate innovation mission will be organized later this year in the field of AI and health. 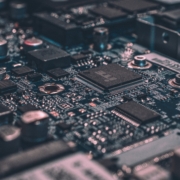 Eindhoven incubator for high-tech wants to produce next ASML: ambition for start-ups must be increased, according to HighTechXL
0 replies