EINDHOVEN – As Brainport, do not think that you are have made it already. The ambition with high-tech start-ups must increase to create new ASMLs, says John Bell of HighTechXL.

New chip technology to correct for movements of the patient when making an MRI scan. This can prevent the scan from failing and having to be recreated. It is an example from the nursery of HighTechXL in Eindhoven. The organization is building dozens of high-tech start-ups on the High Tech Campus.

Biggest in the world

John Bell, who took up his position as director six months ago alongside founder Guus Frericks, has a mission. He wants to become the largest of its kind in the world with HighTechXL. That is building start-ups in “deep tech”, to indicate the difference with the part that focuses on online platforms based on existing technology. In Bell’s view, the Brainport region has the ideal breeding ground for the development of deep tech, with its ecosystem built around the collaboration between high-tech companies, education and knowledge institutions and the government.

You must not think that you are already there. You have to keep providing oxygen and food, otherwise the plant will die. We need to pull even better talent from the world this way and try to be the best deep tech in the world.

HighTechXL is already on a list of the top five start-up builders in the world. Bell’s ambition is in line with that of the municipality of Eindhoven, which wants to become a deep tech start-up city of Europe. We still cannot be satisfied with the development that has been made in recent decades, says Bell. “You shouldn’t think you’re already there. You have to keep providing oxygen and food, otherwise the plant will die. We need to pull even better talent from the world this way and try to be the best deep tech in the world. To achieve this, cooperation with the municipality of Eindhoven, the ecosystem and the government will have to be further intensified. ”

The organization is supported by ASML, Philips and the High Tech Campus as investors. ,, ASML and Philips are investing in part to strengthen the region, to create a B and C-SML. It is important for ASML and Philips that new parties arise. This gives their suppliers a stronger basis. They can also benefit from talent that is attracted and retained for the region. ”

Build from the ground up

HighTechXL changed its working method at the end of 2018. Instead of supporting existing start-ups, it opted to build new companies from the ground up. “From existing teams, something always went wrong. The team did not function well, patents were not strong enough or the company had the wrong customers. ”

The basis of the new set-up are unused patents, for which a team of bright minds is trying to develop commercial applications. For example, photonics technology for MRI scans comes from the European space agency ESA. There is also collaboration with the Swiss research organization CERN, TNO and Philips Research. The patent owners receive royalties based on the turnover that the start-up is able to generate.

A team trying to get a start-up off the ground is made up of people from all over the world. Based on profiles it is estimated whether they can work well together.

“We have people from Taiwan, Australia and European countries such as Italy, Turkey and Germany”, says Bell. “They are often people who have already built a company and sold it. Both technicians and specialists with, for example, a marketing background will join.

Bell, born in Eindhoven himself, worked for Philips for years on innovation by entering into partnerships with companies from completely different industries. The alliance with Sara Lee / Douwe Egberts led to the development of the Senseo.

After working at Johnson & Johnson on collaboration with start-ups for the development of new products, Bell is now on another side. At HighTechXL he looks at how large companies can help start-ups. Incooling, for example, which is developing a technology for cooling chips, is in talks with major chip manufacturers and data centers. “A start-up needs a large company for knowledge, financial resources, customers and the supply chain.”

Since the restart two years ago, 22 high-tech babies have been born under the flag of HighTechXL. During the corona crisis, 15 started, from behind the computer and virtually without physical contact.

Another 40 to 50 start-ups should see the light by 2025, according to the target. “This would create 2000 jobs and thus make a substantial contribution to the innovative strength of the region and therefore of the Netherlands. It is crucial that more money is made available for deep tech start-ups. The Netherlands is lagging behind other countries in Europe, the United States and Asia in this area. ”

HighTechXL wants to take its start-ups to the NXchange stock exchange, a platform that links investors to companies. The idea is that they can trade in a “basket” of all start-ups together as well as individual companies. “We are trying to raise 30 million euros for this from investors”, says John Bell. “Start-ups then have both financing and a stock exchange listing.”

The corona crisis is not making it any easier for the fledgling companies. Investors and customers are more cautious, Bell knows. The government’s corona loan has helped a number of start-ups. “But the repayment of the money will start soon and some have little income. Not everyone is going to survive. That is fine in itself; it is part of the start-up world. “” 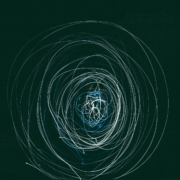