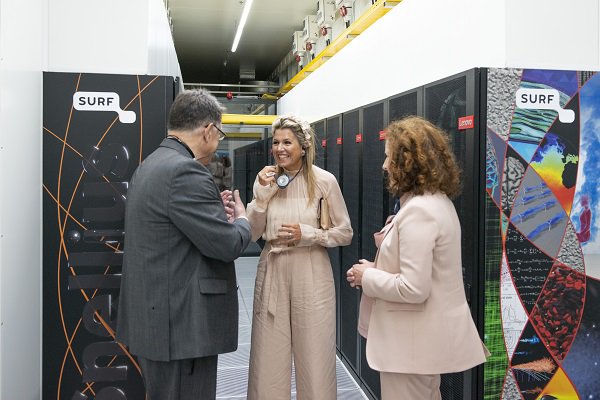 One of the speakers at the opening ceremony was climate scientist Henk Dijkstra, who described the new possibilities that Snellius will create for his research:

‘It can help us to answer new questions about the impact that the increasing greenhouse gas emissions are currently having on the climate. We will also be able to make more detailed projections for the climate in the future, particularly in relation to the occurrence of extreme weather events such as heatwaves and excessive rainfall. You need a supercomputer because of the enormous number of calculations and the volume of data required to make those forecasts. Performing these types of calculations on a laptop is virtually impossible.’

‘The process of digitisation taking place in every domain of science means that every scientist needs computing capacity. Easy access to computing power is essential if researchers in the Netherlands are to continue conducting cutting-edge research in the future.’

Every scientist in the Netherlands will have access to Snellius. The supercomputer, which is located in the Amsterdam Science Park, will be managed by SURF. An important criterion was that the new computer should be as energy-efficient as possible. The computer was built by Lenovo, which used water-cooling technology that cools the system more efficiently and greatly reduces the need for air cooling with fans. The system will be expanded in stages over the coming years and will ultimately have a peak performance of 14 petaflop/s, making it the most powerful high-performance computing system in the Netherlands. Through the use of the latest generation of graphics processing units (GPUs), the computer is also well suited for machine learning.

The methods of processing research data and sources are changing rapidly. Datasets are not only much larger, but also more complex. In its coalition agreement, the present government earmarked funds to strengthen the country’s IT infrastructure with a view to ensuring the country remains competitive in the changing digital landscape. The Ministry of Education, Culture and Science then asked NWO to draw up a detailed plan for the disbursement of the planned investments, for which NWO was allocated incentive funding of 40 million euros. In addition to making the Snellius supercomputer possible, the funds are intended for projects to make data more accessible, to improve the digital infrastructure, and to create more powerful computing capacity and more storage capacity.

Longread CWI – about how CWI researchers have relied on this powerful machine since the purchase of the first national supercomputer in 1984: from testing security keys to simulating gas and liquid flows and electrical discharges. 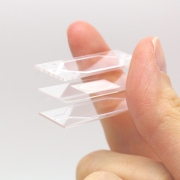 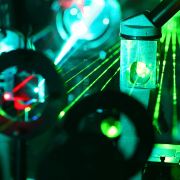 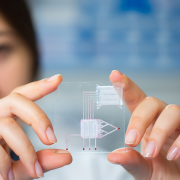 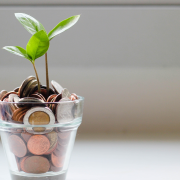 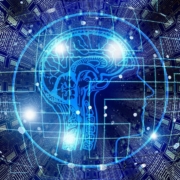 Another €24 million for Dutch start-ups in artificial intelligence, Medtech and water technology
0 replies