At the end of 2019, the vision for Nanotechnology into the future was presented by the nanotechnology ecosystem consisting of NanoNextNl, MinacNed and NanoLabNl. During the COVID-19 pandemic, an English-language update was published containing the contribution that nanotechnology is making to the solutions to the Corona crisis. Enclosed you will find this update 2020. With this Nano4Society forms a solid basis. Now is the time to take the next step towards the future of collaboration and making this vision concrete. Download the NanoVision 2030 (in PDF)

Where does nanotechnology contribute as a key technology to the solutions in your sector or more specifically in your company?

We will send you a questionnaire that will ask for input from your company or institution. This information will be treated confidentially and processed in such a way that it cannot be traced back to your authority. The information is important in order to be able to clarify the impact of investments in key enabling technology nanotechnology on the quality of life (societal challenges) and the economy (earning capacity).

Send your own answer to this question to roadmapinput@minacned.nl and contribute directly to the future of nanotechnology. Your input is of great value to provide a clear picture of where the sector is now and where we can grow, collaborate and excel in the future.

The deadline for input is September 28, 2020. Send your input to Ronny van ‘t Oever, chair of the roadmap Nanotechnology at roadmapinput@minacned.nl.

Five innovative Overijssel projects will receive a subsidy from the European OP Oost program 2014-2020. All projects come from Twente and together receive an amount of 5.7 million to develop further. MinacNed members IamFluidics, Bronkhorst, MASER and Saxion Hogeschool and are participants in various projects that were awarded European funding.

IamFluidics will participate in the “Advanced Microcarrier for culture of induced Pluripotent Stem Cells” project. This is focused on developing a new type of microcarrier suitable for the cultivation of specialized stem cells. Stem cells offer a solution for many diseases such as cardiovascular disease, diabetes, Alzheimer’s and Parkinson’s. Stem cells can multiply themselves and be converted into specialized cell types. These cell types can for example be used to screen new drugs for these diseases.
Project partners: IamFluidics (Enschede), Scinus Cell expansion (Utrecht), River Biomedics (Enschede) en Universiteit Twente (Enschede).

What is the project? Within the ‘METEORITE’ project, new techniques are being developed to test chips with MEMS (Micro-Electro Mechanical Systems) for their functioning at an early stage. Faulty MEMS lead to great waste of materials and time. As a result, they remain relatively expensive and applications are limited. With a MEMS “chip”, it is possible to make small electronic devices with special functionalities (sensors) to, for example, detect movements, generate light and measure or analyze liquid flows. A standard chip is measured for errors at an early stage in the production process. Existing testing technology for MEMS is currently underdeveloped, wasting material and time.

Read more about the OP Oost projects that were awarded European funding on the newspage of RTV Oost.

MinacNed has a new board overseeing all activities, with a new chair and vice chair who are both ambitious to see the MinacNed community grow and collaborate more. At the General Assembly meeting on May 26, the new MinacNed board was presented to the MinacNed members.

Frank van de Scheur, Head of MEMS & Micro Devices at Philips has taken up the role of chairman of the board. Frank van de Scheur sees MinacNed becoming the recognized association in the Netherlands for all companies, institutes and universities that are active in the field of Microsystems and Nanotechnology.

The board members all work in close collaboration and the new vice chair Hans Dijk, CCO at Surfix emphasizes the need for companies working in the micro and nano industry to collaborate with each other and meet at MinacNed. Hans Dijk: “I hope to be able to play a role in getting more companies actively involved in our association.”

The members of the MinacNed board are from both industry and academia, and each brings a large network and vast experience with them. The new board continues the work of the MinacNed board up to now: to build new partnerships, to grow the number of members and to seek international collaborations to make groundbreaking projects possible.

The knowledge shared among the board members is an important asset that is available for members in the MinacNed community. Urs Staufer, board member and professor at TU Delft said: “MinacNed must be a forum to share the view on future developments and needs in Micro and Nano Technology, and a platform to find partners for implementing these visions.”

Changes in the board

Hans Dijk, CCO at Surfix and Thies Oosterwijk, Business manager at TMC Nanotechnology have joined the MinacNed board to bring their experience, network and ambition to the team. On the new webpage with the Board member profiles you will find a short resume and the board members ambition for the MinacNed community.

Overview of the MinacNed board. 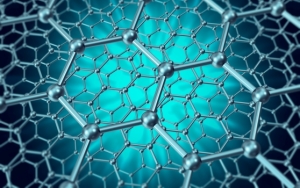 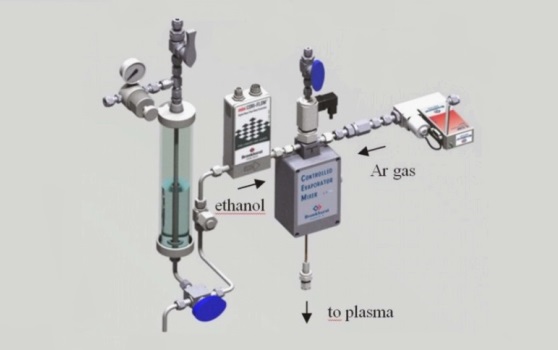 Surfix B.V., together with its shareholders Qurin Diagnostics B.V. and LioniX International B.V., already successfully developing bio-photonic nanochips for cancer detection and other applications, announced an accelerated development plan to allow mass-scale COVID-19 diagnosis and immunity detection with the financial support and in close collaboration with PhotonDelta.

The desktop testing device will yield reliable test results within 5 minutes and is scheduled to be available for commercial exploitation within 6-9 months. The device will be built around a photonic biochip using LioniX’ mature and proven silicon nitride based integrated optics technology (TriPleX™), a key technology within the PhotonDelta ecosystem. The surface functionalization and biochemical assay development are provided by Surfix and Qurin Diagnostics, respectively. The combination of these disciplines enables a successful, fast and accurate virus detection platform. The development will be supported by and in tight collaboration with Photon Delta (a Dutch public private partnership). The PhotonDelta support will be both in co-funding as in further future upscaling and exploitation.

Luc Scheres CTO of Surfix said “We have developed specific nanocoatings which enhance the sensitivity, limit of detection and reliability of the photonic biochip. Of course every application comes with its own specific challenges and demands, so close collaboration with experts from other disciplines is essential to successfully develop a diagnostic test. Therefore, we are happy to strengthen our collaboration with LioniX International and Qurin Diagnostics for the accelerated development of a corona virus test.”

“The TriPleX™ platform has shown its capabilities and possibilities for high volume cost effective cancer diagnostics and investing in this new application is not merely a commercial driven choice, but also driven by societal importance. Since we have a solid technology base and reliable collaboration partners, who also enabled the cancer diagnostics measurements, we have large confidence in realizing a successful COVID-19 test.”, said Arne Leinse, CEO of LioniX International.

“‘This is a great example of a joint effort of partners in the PhotonDelta ecosystem to develop meaningful, low costs and effective solutions enabled with integrated photonics technology. The initiative builds upon our knowledge on ultra-sensitive biochips, which might be of utmost relevance in detecting the current COVID-19 crisis. Bio sensing is one of the long-term development programs (roadmap) within PhotonDelta where industry, universities and the entire PhotonDelta ecosystem work together on next generation solutions and testing devices on viruses and other diseases‘’, said Ewit Roos, CEO of PhotonDelta