MEMS are made up of components between 1 and 100 micrometers in size (i.e., 0.001 to 0.1 mm), and MEMS devices generally range in size from 20 micrometres to a millimetre (i.e., 0.02 to 1.0 mm), although components arranged in arrays (e.g., digital micromirror devices) can be more than 1000 mm2.[1] They usually consist of a central unit that processes data (an integrated circuit chip such as microprocessor) and several components that interact with the surroundings (such as microsensors).[2] Because of the large surface area to volume ratio of MEMS, forces produced by ambient electromagnetism (e.g., electrostatic charges and magnetic moments), and fluid dynamics (e.g., surface tension and viscosity) are more important design considerations than with larger scale mechanical devices. MEMS technology is distinguished from molecular nanotechnology or molecular electronics in that the latter must also consider surface chemistry.

The potential of very small machines was appreciated before the technology existed that could make them (see, for example, Richard Feynman’s famous 1959 lecture There’s Plenty of Room at the Bottom). MEMS became practical once they could be fabricated using modified semiconductor device fabrication technologies, normally used to make electronics.[3] These include molding and plating, wet etching (KOH, TMAH) and dry etching (RIE and DRIE), electrical discharge machining (EDM), and other technologies capable of manufacturing small devices.

Sorry, no posts matched your criteria 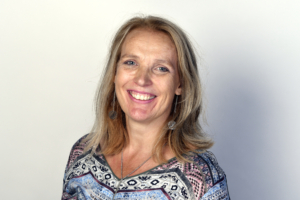